Well I'm long overdue for a blog post. I'm not sure if people really read my blog anymore but I've had so much fun reading through my old posts about Ethan at different ages I figured I should start up again. Also, I haven't written down Kenidee's birth story yet and trust me it is one for the books! 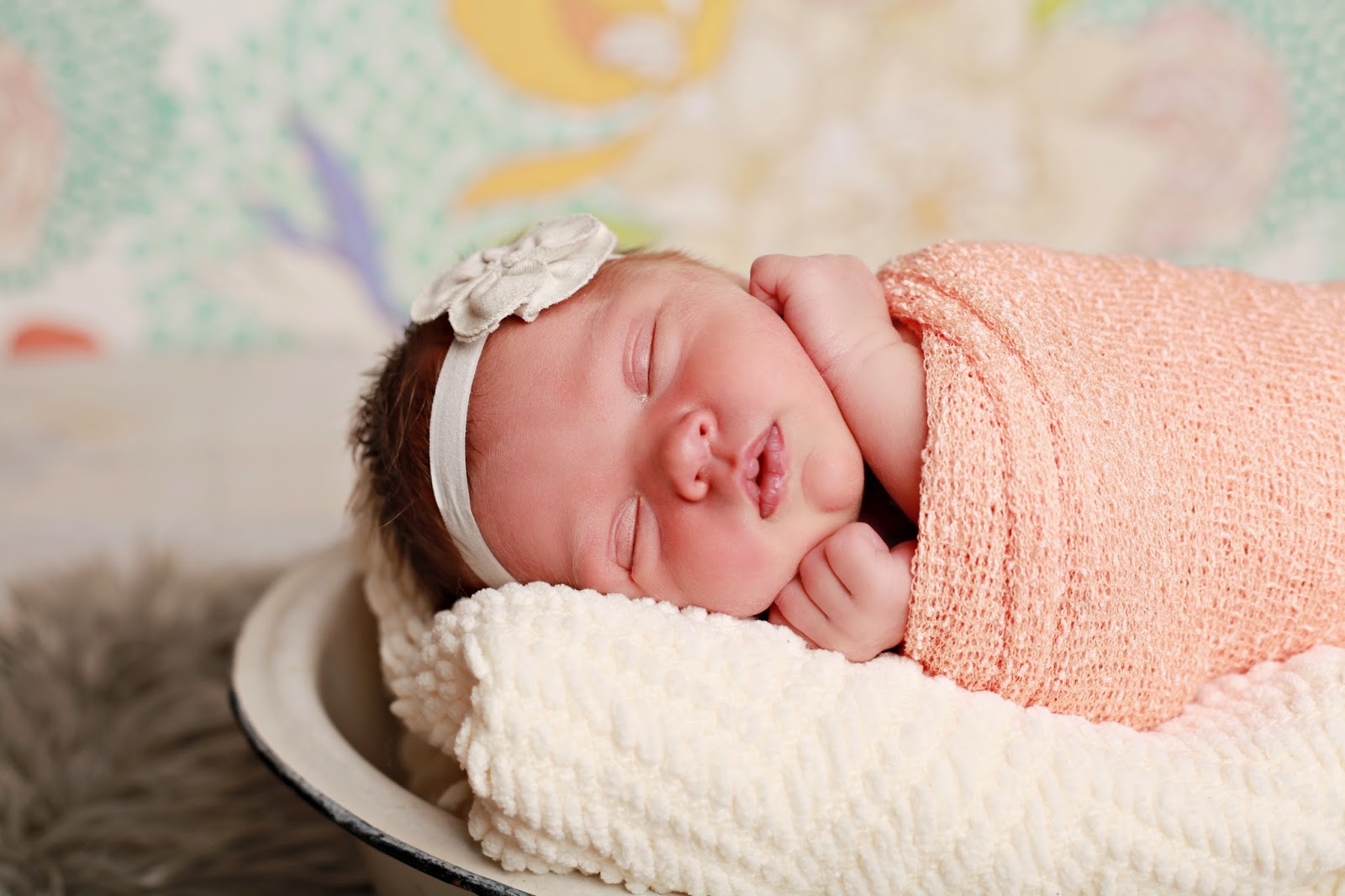 Before I get to her birth, I'll do a brief run down of my LONG (figuratively, she was actually born a month early) pregnancy. Kenidee certainly kept us on our toes! I started having complications at 11 weeks when I woke up in the middle of the night with a lot of bleeding. I thought I was having a miscarriage. It was super scary. We rushed to the ER where we had a ultrasound and thankfully Kenidee was doing great. In the ultrasound they found a very large sub chorionic hemorrhage (bleeding in the uterus). The ER doc basically told me to go home and wait for a miscarriage and that at least I get pregnant quick...(I wanted to punch him). Well with lots of prayers, blessings, and modified bed rest the hemorrhage eventually cleared up (around 19 weeks). I was taken off the blood thiner (Lovenox) shots when the bleeding started and ended up not taking them the rest of my pregnancy because they seemed to make the bleeding worse. I had numerous doctors appointments and ultrasounds. After the hemorrhage cleared up I got two UTI's which were a bit of a scare and then just like clockwork around 30 weeks I started having regular Braxton Hicks contractions. Then when I hit 35 weeks my blood pressure started to rise. I was in and out of the hospital for the week with lots of monitoring, tests, ultrasounds and lots and lots of contractions. Ultimately the doctors determined it was best to have my C-section as soon at I hit 36 weeks, instead of waiting until 37 weeks like originally planned. Chris had an interview in Philadelphia the day the doctors wanted to do the C-section, so we ended up waiting one extra day, Chris flew back early from Philadelphia and arrived home at 10:30 PM the night before we went in for the C-section. Let's just say it was one of the most stressful weeks of our lives!

Saturday, November 15, 2014 we arrived at the hospital early in the morning for my scheduled C-section. Ethan spend the night at my parents. We were ready to go. Nervous but ready. The anesthesiologist came to talk to me before the surgery and explained why they were going to do a spinal block instead of an epidural (I've had a epidural with my pervious c-sections). He explained that a spinal block is one shot in the spine, unlike the epidural which is a tube that stays in your spine and allows for more medication if necessary. He explained that the recovery is much better after a spinal block and that I would only need to be numb for a short amount of time which is why they chose the spinal. His logic made sense and so we went ahead. I remember being super nervous that morning but being happily surprised when the IV didn't hurt as much as I had remember and happily surprised when the needle for the spinal block didn't hurt that much either. Little did I know...I was in for it...

Before the doctors started the surgery I could tell that I wasn't numb enough. I expressed my concerns and they told me I just needed a little more time and the doctors wouldn't start until they knew I was numb. Well then came the pinch test...(I blame myself for not being more vocal during this test...) anyways the pinch test is where the doctor pinches me and asks if I hurts. Well, I've never been great at describing my pain so I told her that I definitely felt it but it didn't hurt very much....(which in her mind meant that I was numb). So they went ahead and started on the C-section...

Within seconds I could tell I wasn't numb enough. The cutting was uncomfortable. Not super painful but just fairly uncomfortable. Chris was trying to talk to me to keep my mind off things but I couldn't talk, I was too tense. I was thinking to myself just get through this cutting part and then it will be easy. Little did I know, the cutting was the easy part. After cutting through 3 different layers they have to separate your abdominal muscles enough to then cut your uterus and "squeeze" the baby out through your muscles. A little gross and graphic, I'm sorry. Well the separating of my muscles was excruciating.  I have never felt pain like that. I was screaming, crying, groaning...you name it. It was a like a war scene. Because I could feel so much and was so tense the doctors couldn't get my muscles apart very far, which meant Kenidee got stuck. I was in so much pain. One of the doctors (we're talking a 6'5'' 250 lb doctor) was kneeling on the table pushing on my stomach with his whole body weight trying to get her out. They eventually had to use a vacuum suction thing to get her out. She came out blue and not breathing for a few seconds and bruised on her face and shoulder. It was such a relief to have her out. She started crying soon and the nurses brought her over to show me. Chris somehow managed to get a great picture of me looking at her but I don't remember seeing her at all, my eyes were so blurry. I kept thanking the doctors over and over again in tears for getting her out healthy. I told Chris to go with Kenidee and they stitched me up which was still pretty painful but nothing like I had just experienced. The nurse that took Kenidee told Chris, "I have never seen anything like that. I am so sorry."

People have asked me why the doctors didn't put me to sleep. My parents asked the doctors the same question the next day and the doctor said that they were on the border of putting me to sleep but if they did Kenidee would have to be rushed to the NICU because she would've gotten the medication as well and with her being a month early they didn't want to risk it if they didn't have to. I'm really glad they didn't put me to sleep because even though it was the most painful experience of my life, she was healthy and it only lasted like 10/15 minutes. After the surgery was over I felt great. My recovery was actually much easier than with Ethan, as far as C-section pain goes. I did some how manage to get a spinal headache which was terrible for a few days but overall the recovery was great.

We are so blessed to have Kenidee in our family! She was born at 36 weeks, 6 lbs 11 ounces and 18.5 inches long. There was some concern with keeping her blood sugar levels up as well as Jaundice in the first week of her life but we managed to keep her out of NICU. She's had some issues with acid reflux since being born but now that she is on medication for that she is a much happier baby! Ethan is absolutely in love with her and tells me all the time, "I love Kenidee" or "I'm going to keep my baby sister safe" He is the sweetest with her always wanted to give her hugs and kisses. We love our baby girl! 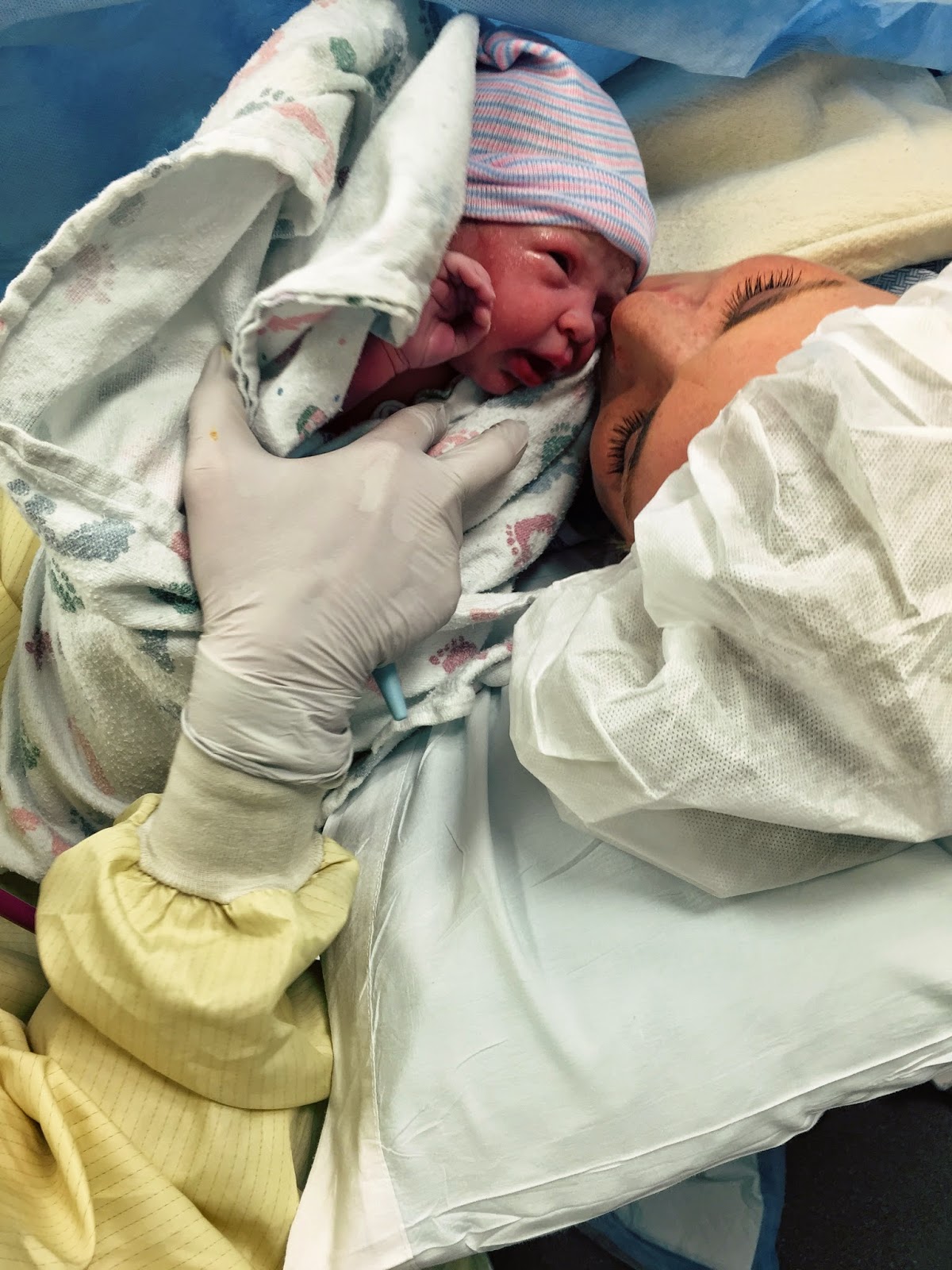 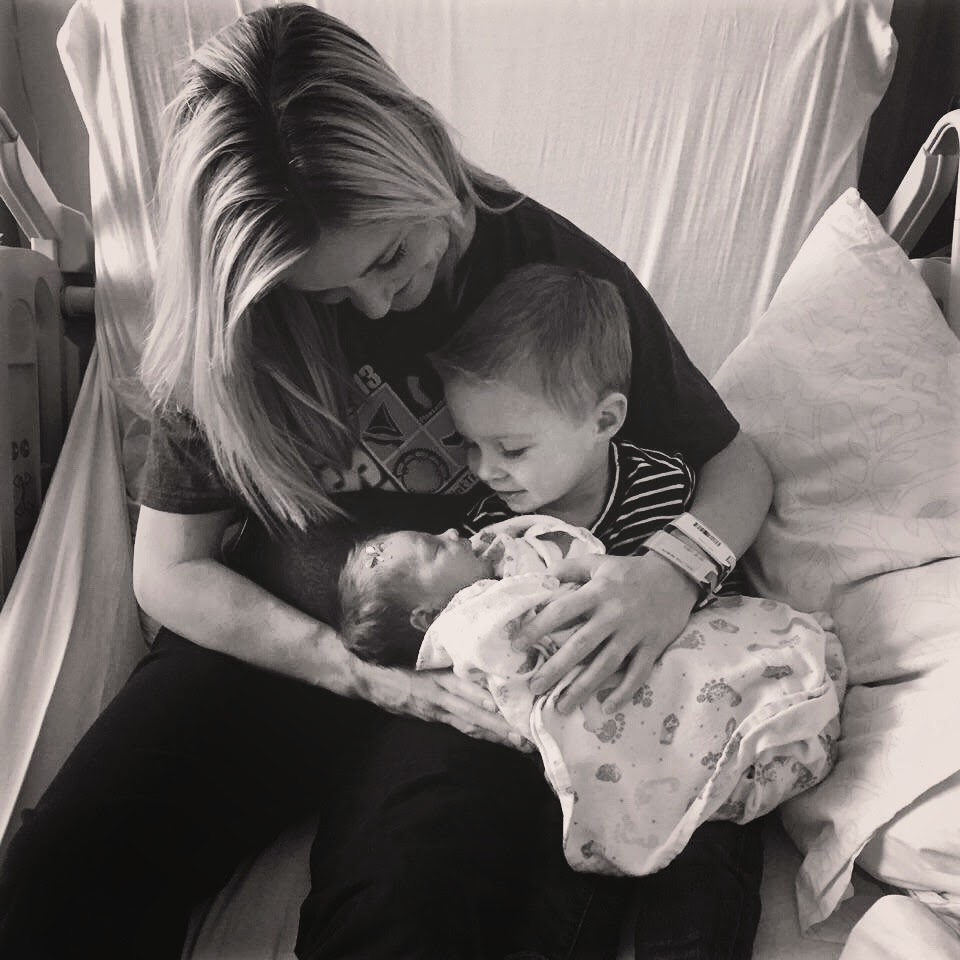 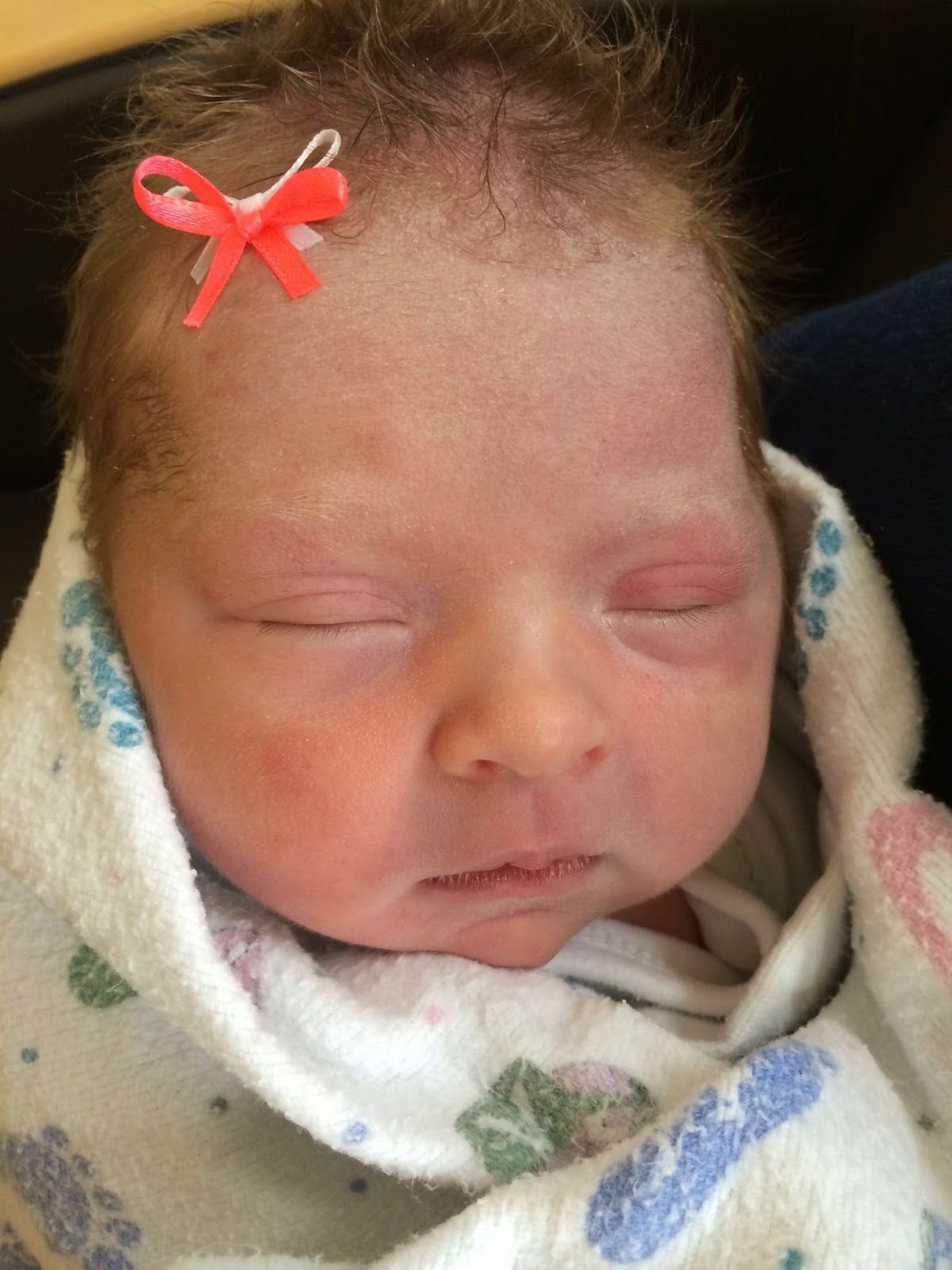 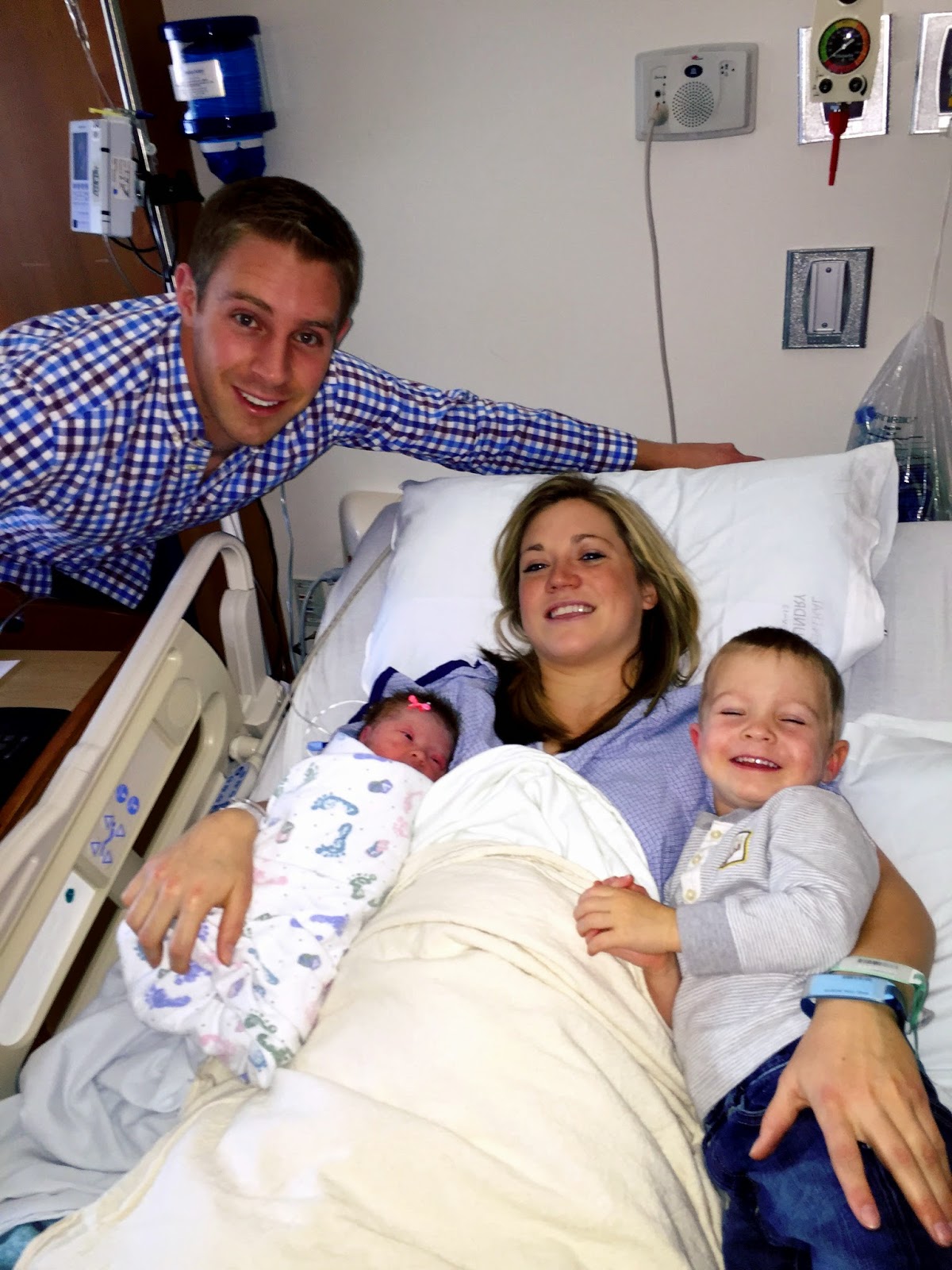